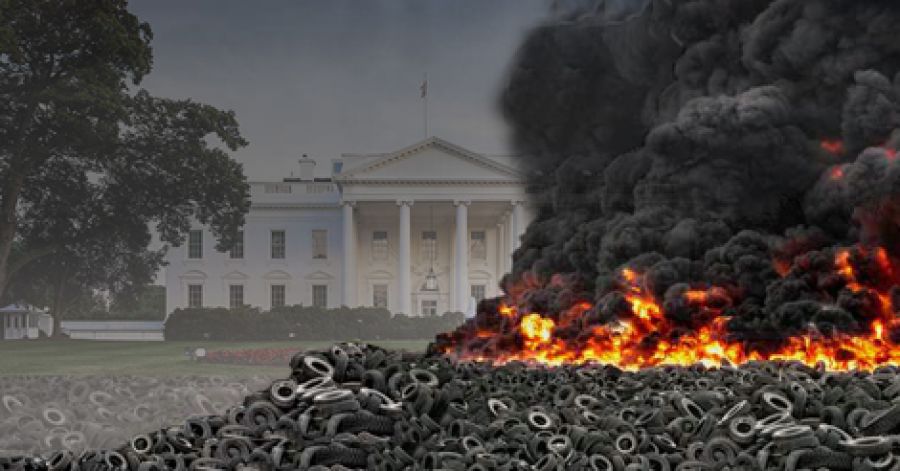 Jethro Whitrush, a Trump support and tourist sporting a red “MAGA” hat said, “When I see that beautiful black smoke, I see jobs! Trump is a businessman, he sees opportunities where these dopey libtards see nothing but wasted space.”

The new disposal facility will support 4 full-time jobs. It’s estimated that even if the facility is removed at the expiration of the 20 year lease, the grounds will remain unsuitable for human habitation for at least 10,000 years.

More in this category: « Chaos Erupts in Senate as “Pat-on-the-Back” Bill Goes to Vote
back to top