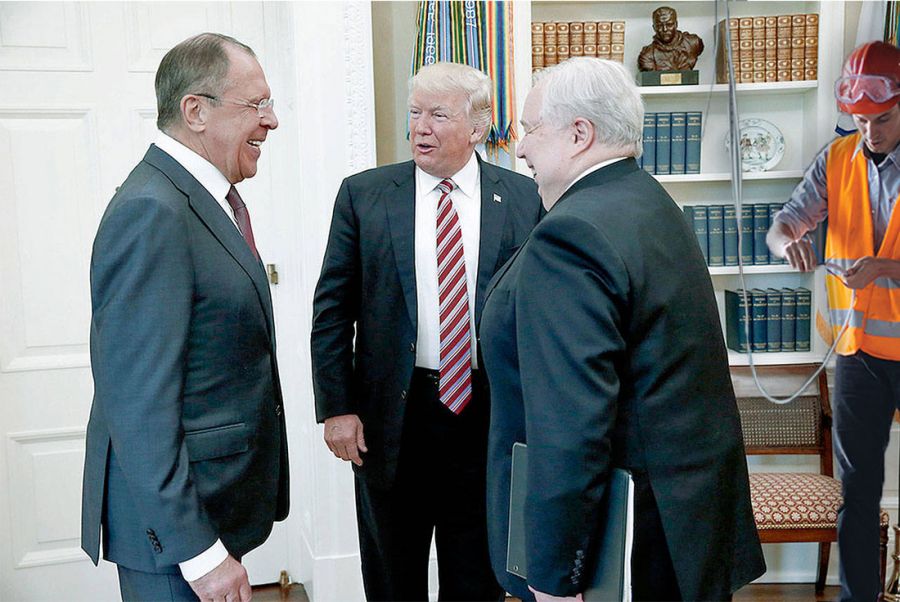 White House officials claim to have been tricked by the Russians after allowing KGB surveillance specialists into the oval office during a meeting with President Donald Trump and Russian Foreign Minister Sergey Lavrov and Russian Ambassador to the US Sergey Kislyak. White House  spokesman, Harvey Liesaton, said, “They told us they were Foreign Minister Lavrov’s ‘personal cable guys’, so we really didn’t think anything of it. If they had been honest and told us they were KGB, we may not have let them in there.”

Former intelligence professionals started becoming very alarmed after photos from the oval office started showing up on TASS (the official Russian government controlled news agency.) In many of the pictures, Russians can be seen in the background installing various electronic devices.

An anonymous White House staffer claimed that when they questioned President Trump about allowing the Russian contingent into the meeting, he responded, “Of course, whatever my Russian comrades want.” The White House later feigned outrage, claiming they had been “tricked.”

WH furious over Russian government photos of Trump meeting with Lavrov/Kislyak. "They tricked us," an official said of Russians "They lie."

More in this category: « U.S. Leads World by Electing First Internet Troll to Head of State Chaos Erupts in Senate as “Pat-on-the-Back” Bill Goes to Vote »
back to top