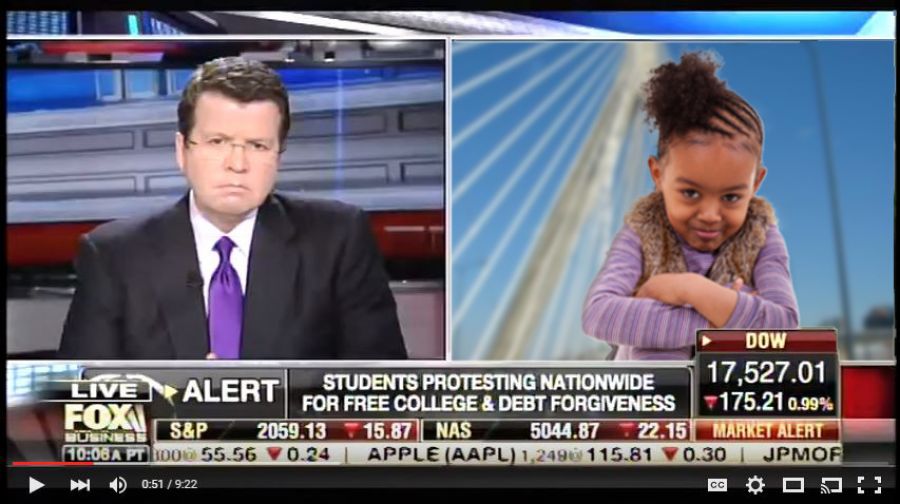 In an awkward on-air debate this past Thursday, Fox Business Network anchor Neil Cavuto destroyed 2 ¾ year old Tanisha Jones of the Million Student March over issues ranging from a $15 minimum wage to free public education. Jones kept up for a while, but wilted under the barrage of "but who's going to pay for it?" questions from a smug Cavuto, finally having to leave after 8 minutes with a poopy diaper.

An un-named source claimed Cavuto was strutting around the studio like a peacock after the interview. Republicans around the Twittersphere celebrated Cavuto's remarkable triumph: