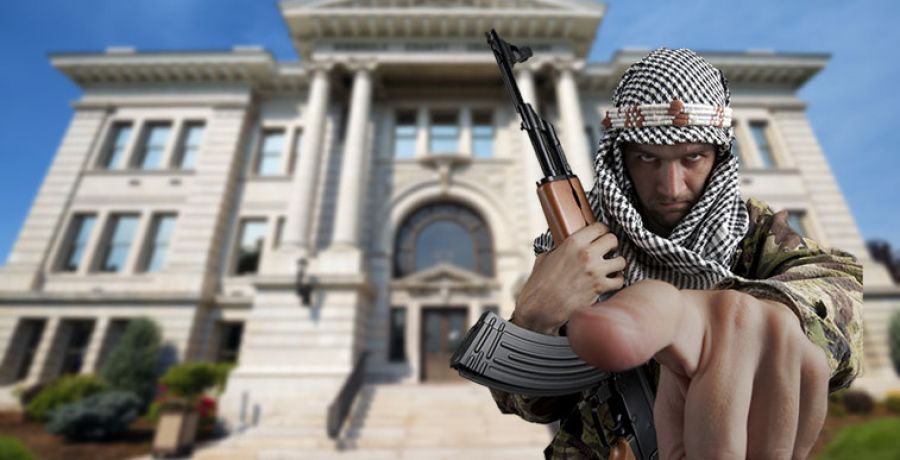 Columbus, Ohio - Lawyers for the terrorist group ISIS today filed suit in federal district court alleging the the RNC platform committee lifted much of the Republican platform directly from their website. ISIS lawyer, Haider Salami said, “We understand the anti-gay rhetoric, that’s ‘hate-group 101’, we all use that, but the document on a whole so closely mimics our platform, that it’s almost inconceivable that they didn’t copy it directly from our web site. And it states clearly at the bottom of our site, ‘All material copyright © ISIS 2016’. This is a clear violation of international copyright law.”

ISIS lawyers cited as examples, the Republicans stance on giving religious law priority over government law, pornography, women’s rights, and teaching of the bible in schools. Mr. Salami went on to say, “Pornography? This is the year 2016...they obviously stole that from us. In fact, it’s almost word-for-word what is on our site — they simply replaced the part about ‘till the rivers run red with the blood of infidels’ with ‘creating a public health crisis.’” He went on to say, “I quote, ‘that man-made law must be consistent with God-given, natural rights.’ Replace ‘God’ with ‘Allah’ and that is directly from our site. And encouraging the teaching of the bible in schools? These people, who claim to be strict Constitutionalists, decide to make this part of their platform? I’m surprised they even remembered to change the word ‘Koran’ to ‘Bible’ when they copied it.”

Republican Congressman, Tom Cottonmouth shot back, “We’ve been peddling hate and fear-mongering since before these green horns even existed. For them to suggest that we’re stealing this stuff from them can only be attributed to professional jealousy. I would not be surprised if we don’t counter-sue them.”

District court Judge, Jacob Pennywise, has yet to rule whether the suit will go forward. He is expected to rule on it in 2 to 3 weeks.