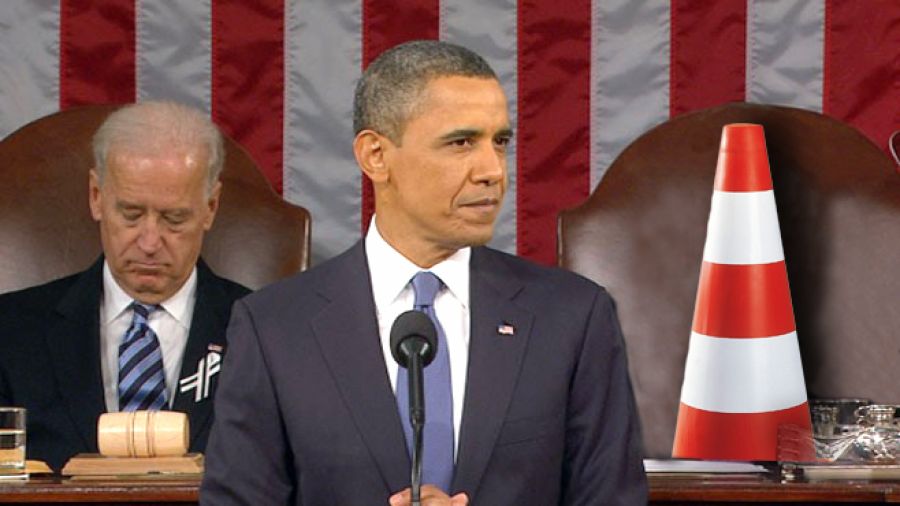 Amash said, “There are no rules that say the Speaker of the House has to be a member of Congress, or that they even have to be human.” He continued to explain their bizarre nomination by saying, “With a human, there is always a chance that legislation could be passed, even if quite by accident. With a traffic cone as Speaker, we feel confident that we can meet our goal of making sure nothing is accomplished in Congress -- government is too damn big already without passing additional legislation.”

Representative Mark Sanford (R - SC) also spoke in support of the traffic cone, “With a traffic cone, we know we won’t be embarrassed during state of the union addresses and such, with someone in the background blubbering, making odd faces, or falling asleep. A traffic cone always displays the quiet dignity you'd expect from the Speaker of the House. Additionally, a traffic cone isn’t going to talk about you behind your back if you have some small indiscretion.”

Other Republicans seem to be warming to the idea after their initial shock. Trey Gowdy (R - SC) stated, “At first I thought this was nuts, but the more I think about it, no one else wants it, and anyone who is dumb enough to want it, frankly I would expect a traffic cone to do a better job. Republicans are expected to call a vote on this nomination early next week.

More in this category: « House Republicans to Form Post-Benghazi Committee Top 10﻿ ‘Really Cool Things’ Jeb Bush Could Do Instead of Being President »
back to top