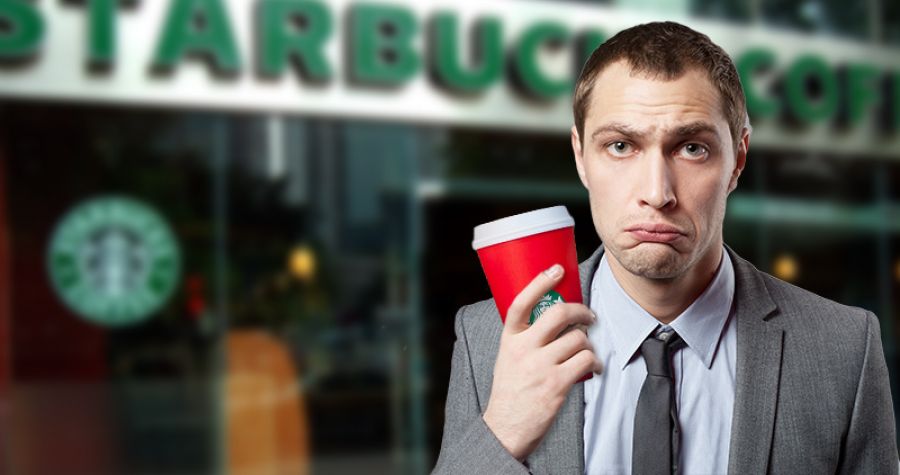 With what could be the most damaging salvo yet in the liberal war on Christmas, Starbucks annual holiday cup was revealed this week, and to the shock and horror of Christians everywhere, the stark red cup featured only the Starbucks logo and none of the traditional Christian symbols of Christmas – snowmen, Santa, snowflakes, etc.

Donald Trump, avid church goer and devout Christian who formulates all his policy positions based on internet memes and Twitter posts, immediately called for a boycott of Starbucks.

Social media immediately lit up, with outraged Christians posting their displeasure and disappointment.

When asked about the controversy, Herman Hedman (VP of Marketing for Starbucks) responded, "To be perfectly honest, I think our cup designer procrastinated to the point that this was all he could come up with at the last minute." Starbucks has no immediate plans to change the cup.