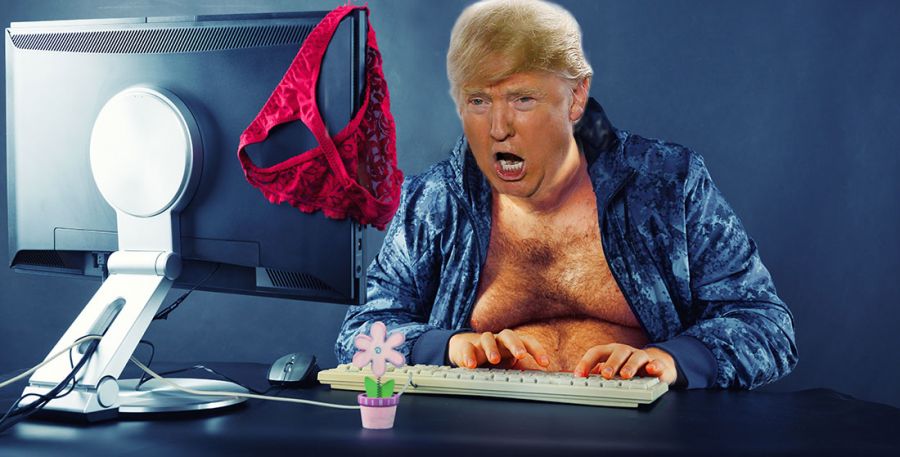 Washington, D.C. - On the heels of electing the first black president, the United States has knocked down another barrier by electing the world’s first internet troll, Donald J. Trump, to head of state. Della Katflour, spokesperson for the ACLU said, “This is a great day for what has been a long stigmatized element of our society. I think we will see internet trolls everywhere coming out of the darkness of their parent’s basements and proudly tweeting in the light of day.”

Donald J. Trump is primarily known for being a con-man extraordinaire,  but has also gained much notoriety as a prominent internet troll. With his surprisingly successful run for the presidency, Trump's tweets have gained mass-media exposure that other internet trolls could only dream of.  President-elect Trump has vowed to keep up his ridiculous tweeting throughout his presidency. His tweets have gained infamy for his juvenile personal attacks and hateful tone. He has also bolstered his troll reputation by tweeting at all hours night.

Meryl Streep, one of the most over-rated actresses in Hollywood, doesn't know me but attacked last night at the Golden Globes. She is a.....

Wow, the ratings are in and Arnold Schwarzenegger got "swamped" (or destroyed) by comparison to the ratings machine, DJT. So much for....

Having a good relationship with Russia is a good thing, not a bad thing. Only "stupid" people, or fools, would think that it is bad! We.....

Happy New Year to all, including to my many enemies and those who have fought me and lost so badly they just don't know what to do. Love!

More in this category: « Trump to Auction Remaining Cabinet Positions on eBay White House “Tricked” by Russians Into Allowing Cable Installers Into the Oval Office »
back to top