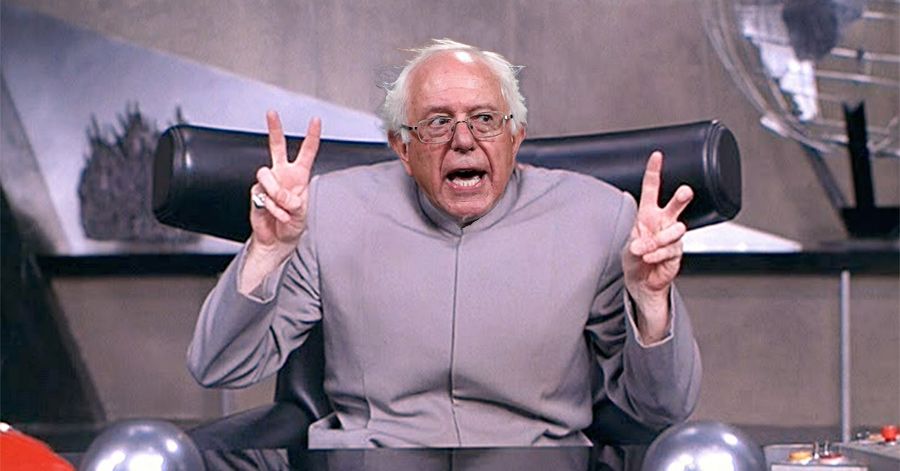 Presidential Candidate Bernie Sanders today unveiled his “evil weather changing plot” that he will unleash on the earth should he lose the Democratic primary.

Suggesting that he’s been treated less than fairly by the DNC, with minimal debates and with those debates strategically placed during low viewership times, Sanders has vowed to wreak havoc on the world if he loses, unless the United Nations pays him “ONE MILLION DOLLARS”.

Sanders went on to detail his evil weather changing plan, “First I’ll vote for a Republican in the general election and urge all my followers to do so as well. And of course Republicans will sweep the elections, as GOP turnout will be at record highs because of their hatred for Clinton. Once the Republican is in office, he or she will continue to spread Ludicrous propaganda about climate change being a hoax (evil laughter.) Any legislative efforts to promote renewable energies will be stymied and dismantled. Every opportunity to pump more fossil fuels out of the earth will be encouraged and subsidised by the now fully controlled GOP Congress (evil laughter.) The earth will continue to warm. Droughts will increase, making water more scarce, causing civil unrest much like we see in Syria now. Oceans will continue to rise, swamping low lying areas like Bangladesh, forcing a mass exodus of refugees into other parts of the world, much like we see happening in Syria today (evil laughter.) Drought, famine, and ever increasing highly destructive weather events will become the norm, causing the world to fall into state of continual chaos, terrorism and war (four minutes of evil laughter.)”

Terry Bulstorm, a Nobel Prize winning climatologist from Columbia University believes Sanders’ threat is a viable. He told us, “The United Nations should be prepared to meet Sanders’ demands. With everything we know about the climate, Sanders could literally reduce this planet to a smoldering anthill in as little as two or three generations.”

Calls to the United Nations for comment were unreturned.

More in this category: « Trump Admits Wall is to Keep Mexicans In the US Trump Promises Luxury Penthouses to All Whites If Elected »
back to top