Trump Promises Luxury Penthouses to All Whites If Elected Featured 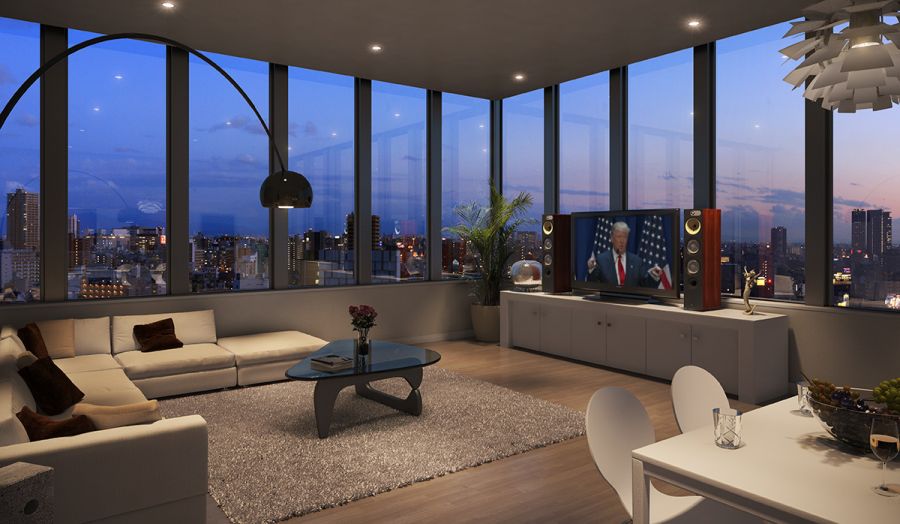 During a campaign event in Charleston, SC today, Donald Trump promised, if elected, he would provide a luxury penthouse to all white families. His speech started with his normal fare, promising to build a giant wall along our southern border and have Mexico pay for it, deporting 10 million illegal immigrants, bombing ISIS to kingdom come and taking and keeping their oil, and barring all Muslims from entering the country. At this point, Trump seemed to sense a lack of excitement in the crowd and quickly transitioned to outlining his new housing plan:

“And like I said, I’m going to make America great again, and when I say 'great', I mean 'really, really great.' When I see good American white people living in these dumpy houses, built by crappy builders, idiots really, not like me, I’m a fantastic builder, it’s made me a fortune, I’m super rich you know, well anyways, with these white people living right down there with all the rabble...don’t get me wrong...I love rabble, they’re terrific, and they love me, but it tells me that America isn’t as great as it used to be...it’s a shithole really. So anyhow, if you elect me, I’ll put every white family in a luxury penthouse in a beautiful Trump skyscraper. That’s how you make America great again. Wouldn’t that be terrific? Living in one of my fantastic buildings? And believe me...there’ll be doormen too. Fantastic doormen. You won’t have to worry about Mexicans, Muslims or blacks bothering you. The 'black lives matter' blacks I mean...we’ll let the good blacks in, you know, the athletes, Oprah...those ones. Oprah loves me. How about that folks, what do you say about being back on top of the world. Who’s with me...who’s going to help me make America great again?”

This brought the crowd to a frenzy, with chants of “USA, USA, USA” ringing through the arena. As the crowd quieted, Trump spotted the one black attendee looking quite crestfallen and called out to him, “Sir, yes you, the black fella. Don’t worry, I’ll make sure you get a penthouse too, as long as you promise to keep it clean.” This brought the crowd back to it feet, as cheers drowned out a smattering of boos.