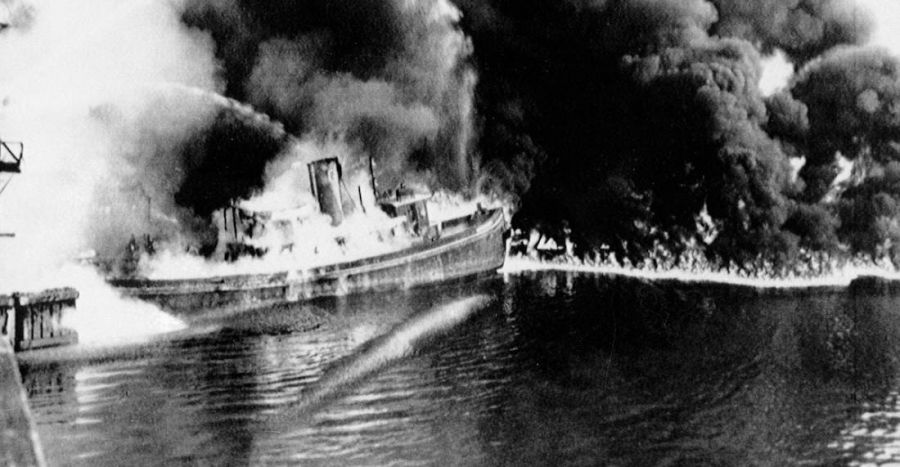 Cleveland is planning to pollute and set on fire the Cuyahoga River to coincide with the Republican National Convention in July. The polluting and subsequent igniting of the river will be used to celebrate and symbolize the GOP’s determination to eliminate the EPA (or as Republican Presidential candidate Donald Trump calls it, “The Department of Environment.”)

Earlier this week, Cleveland’s Department of Public Works started dumping toxic sludge and oil into the river. Department head, Ernesto Juarez estimated that it would take several months of intensive dumping to have the river to flammable level by the time of the convention.

A picture of the Cuyahoga River on fire that appeared in Time Magazine in 1969  and was widely considered to be the impudence for President Nixon subsequently creating the EPA and enacting the Clean Water Act. The symbolism was not lost on RNC Chairman Reince Priebus, who said, “We hope this amazing spectacle will give us the final inspiration we need to get rid of the job killing EPA once and for all. This is the main reason we chose Cleveland as the location for our convention. In fact, awarding it to Cleveland was contingent on them agreeing to doing this for us. We’ve also made arrangements for delegates, dignitaries, and candidates to witness the fire from lobbyists' yachts."

Donald Trump, one of the many Republicans calling for an end to the EPA, commented, “Until we get rid of the Department of Environment (sic) we are going to keep getting beat by China. They’re killing us! How can we compete with all these stupid liberal regulations.” After being reminded that the pollution in China is so bad that they can’t see the sun, Trump responded, “I’m pretty sure my penthouse apartment in Trump Tower will be above the smog.”

More in this category: « Clinton Campaign to Switch Focus to Youth and Black Vote Trump to Appoint Christie to Head Food Security Cabinet Post »
back to top